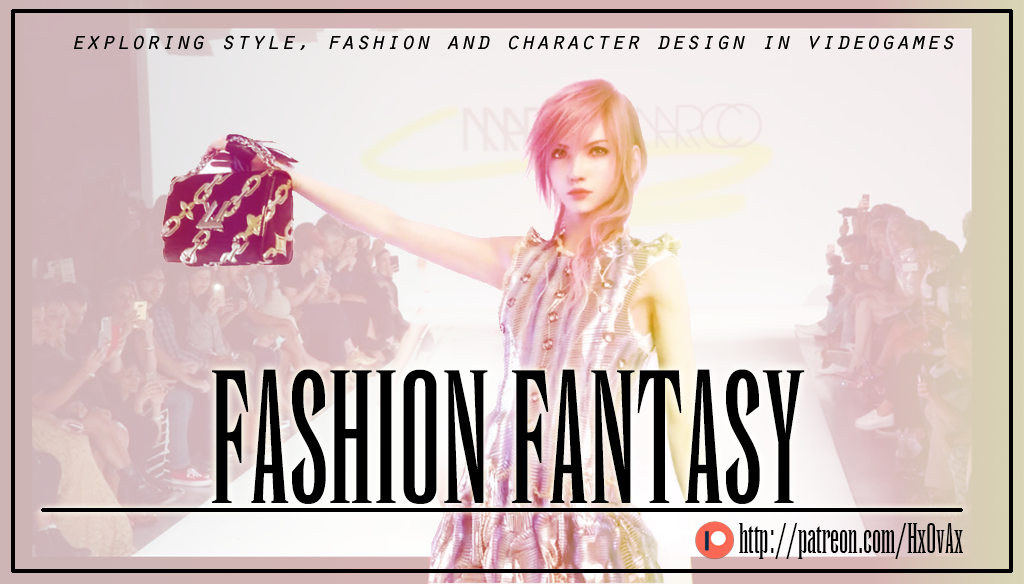 Welcome to the second installment of Fashion Fantasy! Each month, I’m going to be looking at the style and fashion in a particular game, looking at some of the outfits and garments that are interesting to me, breaking them down, and talking about them! You can check out the previous installment, where we explored Final Fantasy XII‘s fashion, right over here!

This month we’re going to be looking at Square Enix’s Final Fantasy X-2. Released in 2003/4 as a sequel to Final Fantasy X and then remastered in 2013/2014, this game is a lot more pop, campy and carefree than its predecessor — which earned it a lot of detractors, but it feels as though it’s been readily reclaimed and accepted by a lot of fans. One of said fans is Todd Harper, a games and media scholar focusing on games as culture and communication, whomst I’ve invited to give me some insight into some of the style and fashion in the game!

This post will include some spoilers for the events of Final Fantasy X and X-2, so only continue if you’re alright with that! Let’s begin!