If you’ve played Tusks, you’ll know that at the start of every evening, two people (except for yourself and Cennedig) are picked from the camp to go out on duty, which means you won’t be able to interact with them that night. This is to give you a wee nudge of encouragement towards spending time with someone that you might not have thought of while your fave is away. If you’re playing with NPC Autonomy on, this is fine — you can expect that other people have things to do away from you.

But what if you’re playing with NPC Autonomy off, and you just wanna talk with your fave? Or what if you’re on your third playthrough and you’re just trying to unlock the final scenes with a character, only to find they’re away, and the game ends the next day?

My solution here is letting players choose who goes out on duty if they’re playing with NPC Autonomy off; if you’re already in control of most of the decisions in the game, why not this, if it makes play more fun, right? So now, you’ll get the chance to decide which two people leave camp each night — and you’ll get an extra bit of character interaction in the chatter between them as they leave together!

Cennedig as “Front of House”

Relatedly: there’s a reason why Cennedig is never picked to go on duty; this is because his, Ror and Malgóm’s interactions in camp are different depending on if some of them are out on duty, which obviously means it’s very, very complex ensuring that these interactions always make sense. That’s why Cennedig is always “front of house” — otherwise, every individual line of dialogue with them would have six distinct iterations:

Instead, having Cennedig as “front of house” cuts it down to four:

Note also that it becomes more difficult to keep scenes feeling worthwhile and coherent if any of the three chiefs can potentially be switched out; after all, if you’re talking about orcish communities with Ror and Malgóm, it’s going to very, very limited compared to what it would be like with Cennedig present, considering he’s very knowledgable in the lived history of orcish communities and it would make sense for him to deliver this kind of information (it would help bring out those traits he has and characterise him better).

It might even feel unfair to have a player potentially miss out on that, especially if the scene can’t provide something to counterbalance the loss. With Cennedig always present, however, he sets the pace and guides the conversation — which is very fitting for his personality and theme as an older queer orc with a lot of experience. 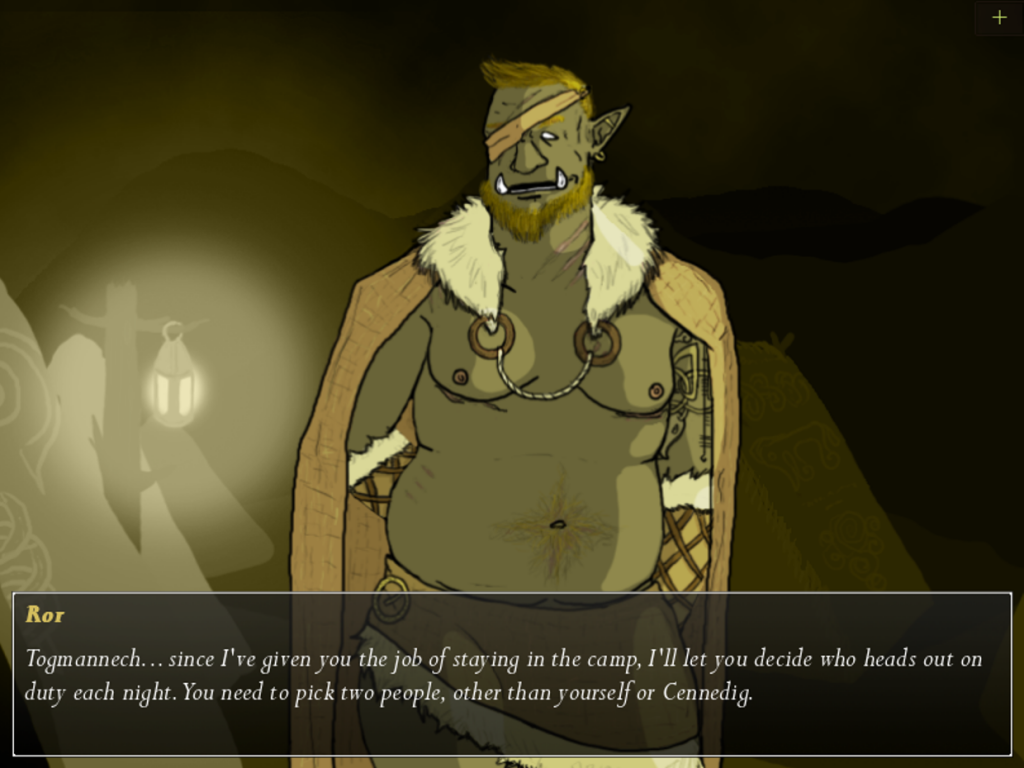 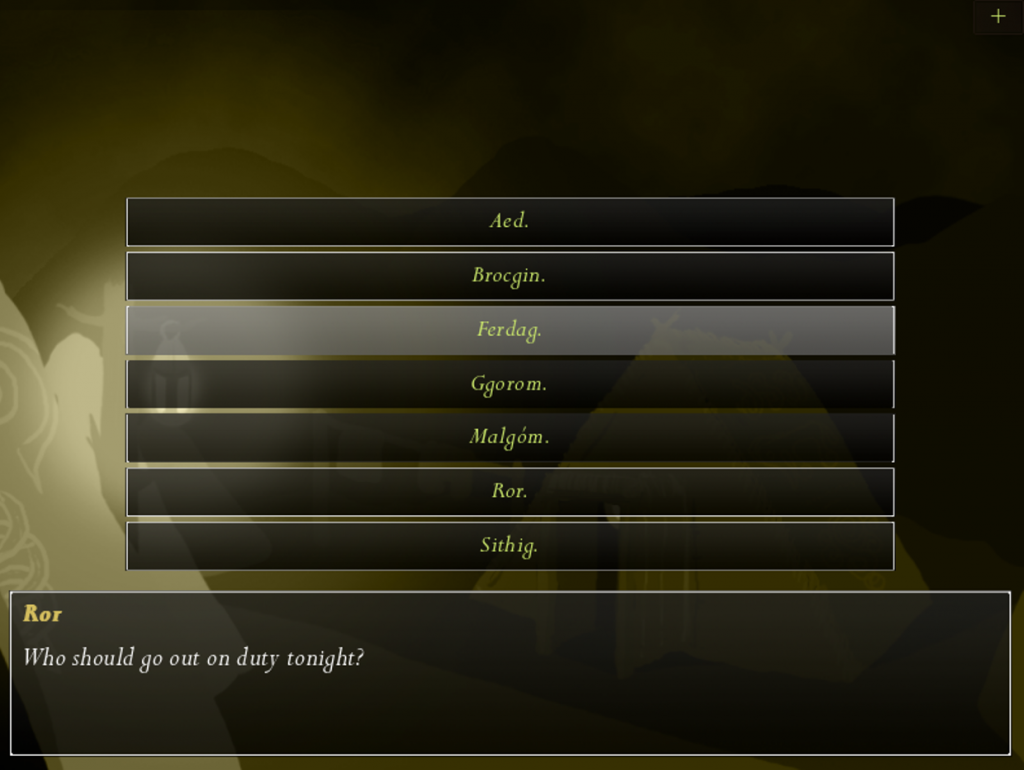 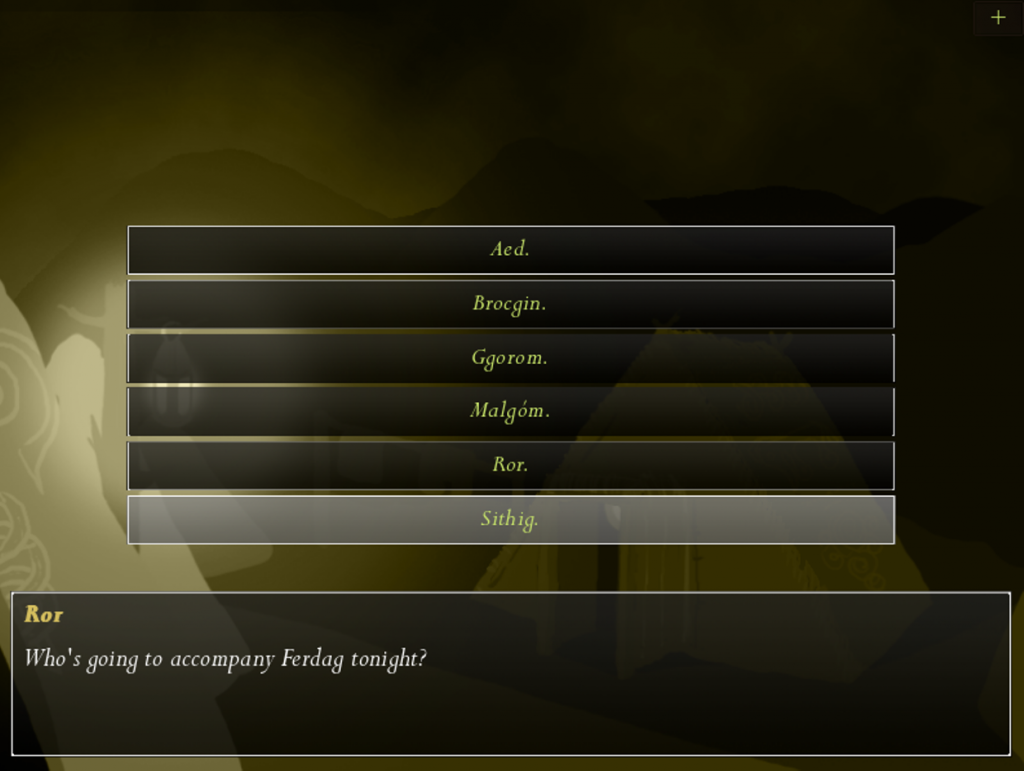 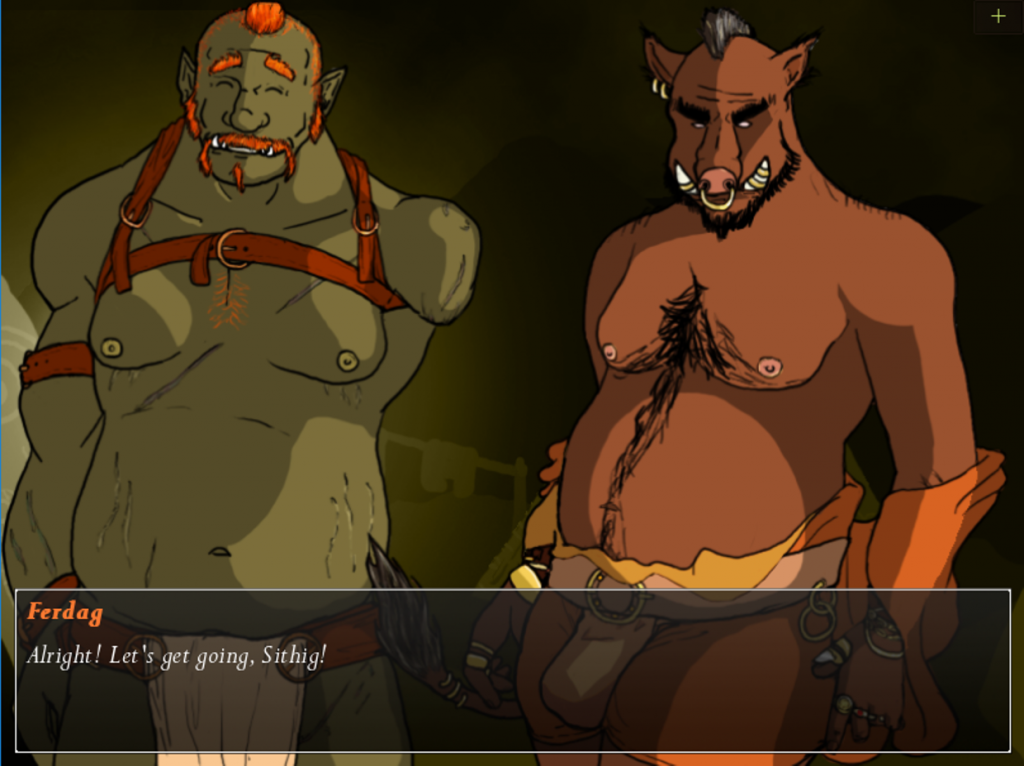 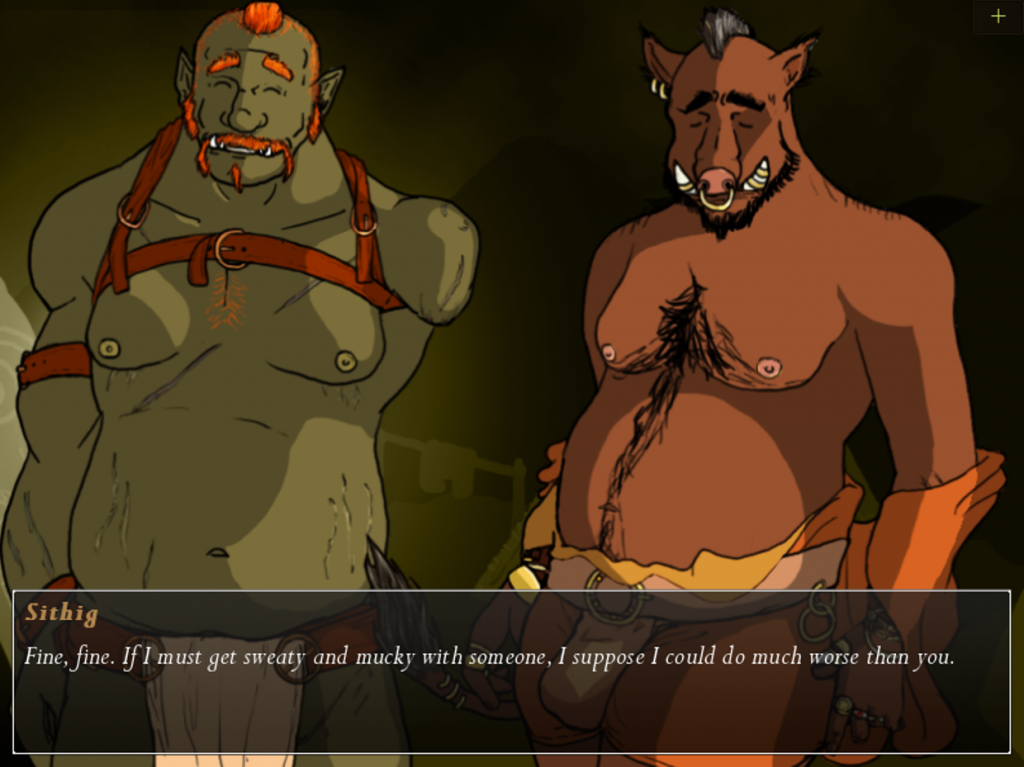 This feature was originally posted on Patreon in September 2017.